Oakland has had quite a string of mayors, the last few years.  We had Jerry Brown, who wanted to be in charge so bad he pushed through a change to the city charter to give us a Strong Mayor.  Then we had Ron Dellums, who almost never exercised the powers of the mayor at all (and who rarely even appeared in public).  Now we have Jean Quan, who seems - scattered.

The good news about Quan, after Dellums, is that she goes out and about, she talks to people - there's even some evidence that she can listen to people.  But she doesn't seem to understand what being the mayor entails, and I don't think I've ever seen a public figure so blind to how her actions look to other people.

So this has me thinking - what does being a mayor entail?  What should a mayor do??  If we wrote a job description for the mayor (not a bad idea, come to think of it), what would it say?  In fact, I was going to do a whole blog post on what is a mayor - and then in today's Sunday S.F. Chronicle, the inimitable Willie Brown said it all for me, and better than I could:

(Note:  this is the column from October 30, 2011, so if the link takes you to a different column on a later date, look for it in the archives.)

Looking at the Occupation

My curiosity got the better of me today, and I rode the bus to downtown Oakland to take a personal look at the Occupy Oakland encampment.  It was a nice day and I wanted to see it for myself.  I just missed the parade, with shouting and signs, by (I think) the SEIU.

The camp looks about the way the photos look.  Lots of tents all over the lawn, pitched elbow to elbow, on a base layer of straw.  People asleep in tents, and on the ground in front of them; people sitting and standing around talking.  Dogs, with and without leashes.  A plastic bucket full of cigarette butts.  A group down in the little arena, arguing.  A man with a sign, shouting.  A tent labeled Acupuncture.  Of course, it was two in the afternoon, so there wasn't a general assembly or anything in particular going on.

Then two men walked up to me, and one said, "Can I talk to you?"  I looked at him and asked, "What about?" and he said, "You know why we're here?"  I said I had a pretty good idea.  He asked me to tell him, and I said there were probably as many reasons as people there; at which point he said, "Tell me one reason."

At no point had this guy introduced himself, explained what he was doing or said what he wanted; and he had this cocky little I-know-better-than-you-do grin.  I told him I'd changed my mind, and I didn't want to talk to him, because I didn't like being attacked.  He claimed he wasn't attacking me and I told him he was, and walked away.  I had the feeling he was trying to goad me into taking a position, or at least stating one, so he could jump at me (metaphorically) and prove how wrong I was.  I call that an attack, if not a physical one.  Nobody stopped me leaving. I went back to wait for the bus home.

My problem with protests is that they're all based on confrontation (like my confrontational acquaintance) and they all involve crowds, both of which make me very uncomfortable.  I avoid confrontation when I can; I much prefer to negotiate and try to build consensus.  And crowds just make me nervous; it's way too easy for a crowd to turn into a mob.

The crazy thing is, I agree with them:  income inequality is bad, we need more jobs, the banks and the "top 1%" are totally out of line.  But am I going to go down there and carry a sign around?  No, I'm not.  And the newspapers have quoted some of the more extreme sorts (I'm sure) saying that violence is necessary and nothing will get done unless they break things.  It's clear this is a minority viewpoint, but I haven't heard that wording from any of the other Occupy movements, which is why this whole Oakland phenomenon just feels different to me.

This post isn't meant to be any kind of definitive analysis; it's just my take on the situation.  I don't know what the answer to our situation is.  But I'm not convinced the protestors do, either.
Posted by hedera at 7:22 PM 1 comment:

I've been waiting for someone to say this on air for months, and today I finally heard it, on Rose Aguilar's Your Call on KALW 91.7 FM.  Rose's Friday program is always a "media roundup," discussing the week's best recent reporting, and today they started out with this one:


Citigroup settles for $285 million; no Wall Street exec jailed yet

While discussing the question of why nobody from Wall Street has gone to jail yet, one of the panelists (maybe Jake Bernstein from ProPublica but I'm not sure) said the Unsayable Thing:

Nobody from Wall Street has gone to jail because what they did wasn't really illegal.

It was deceptive; it was a scam; it was wrong.  Read the linked McClatchy story for details of what Citi did, which had all the moral rectitude of a pea-and-shell game.  But - it wasn't illegal.  Why not?  Because we spent the previous 15 or so years removing so much regulation from the banking and financial industry.  The Citi deal centered around a "collateralized debt obligation", a form of derivative - if you aren't sure what a CDO is and would like to know, take an hour and listen to the classic This American Life broadcast from May 2008, Giant Pool of Money.  After that you'll know more about CDOs than you're comfortable with.  But CDOs were unregulated; the financial industry made sure years ago that all financial derivatives were totally unregulated.  No rules on how they could be set up and managed at all.  That's one of the reasons the Lehman crash caused the short-term credit market to freeze solid:  they didn't have to publish records on the derivatives they traded, so they didn't; and when a big player went down, nobody know what anybody else was on the hook for.

So after the crash, Congress put together the Dodd-Frank Act, to put some regulations back in place on the banking industry.  Remember that when you hear the Republicans screaming that Dodd-Frank has to go.  Some of the stuff that went on actually is illegal now, and the Republicans can't stand it.  Personally, I'd like to see Dodd-Frank gone too; but I want it replaced with the Glass-Steagall Act, which probably won't happen.

Along with the PG&E (and other) gas pipelines that regularly blow up and kill people, the financial crash was just one more side effect of the prevailing right-wing believe that All Government Regulation Is Bad.  Personally, I could use a little more of it.
Posted by hedera at 8:54 PM 1 comment: 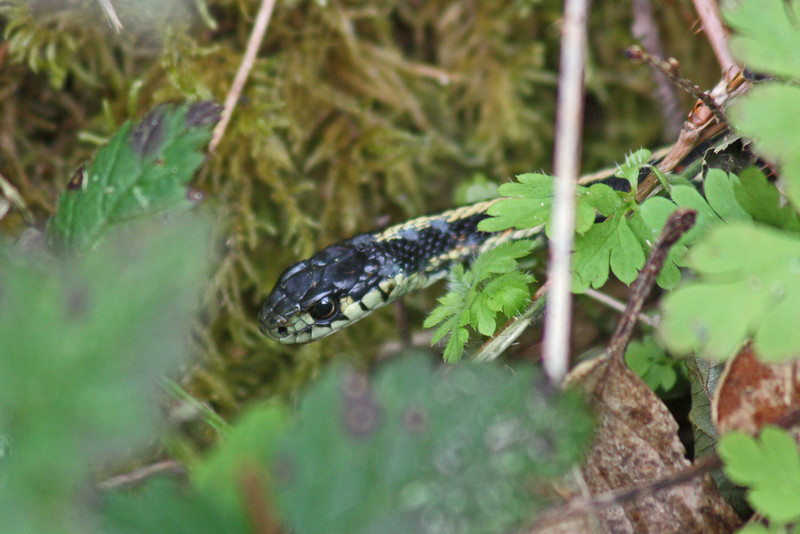 Around Powell River
Posted by hedera at 8:26 PM 1 comment: