You may have noticed this in the photos from Nevada.  All the deserts we crossed this year were really green, with lots of wildflowers ("lots" of wildflowers for a desert, that is).  We stopped at the Salt Wash Vista Point on Interstate 70 in Utah and took most of the photos in this gallery, Blooming Deserts in Utah. 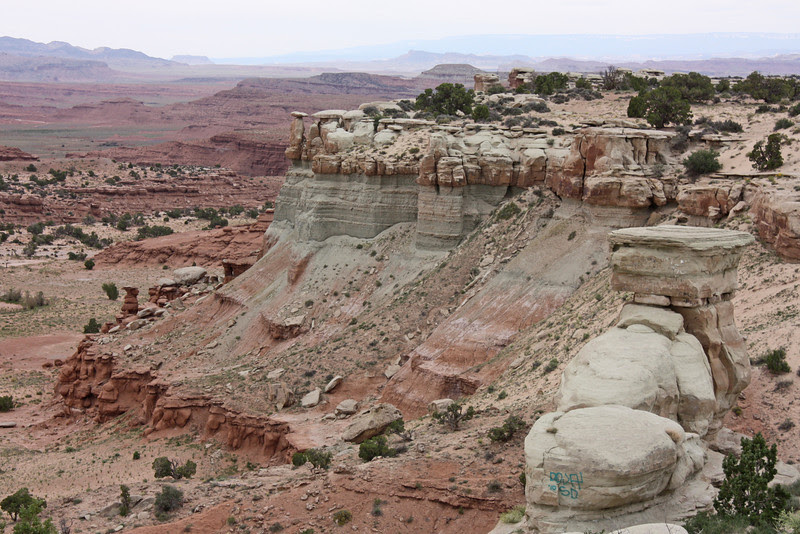 You say there's a lot of red rock showing?  It is a desert.  But we saw wildflowers like this: 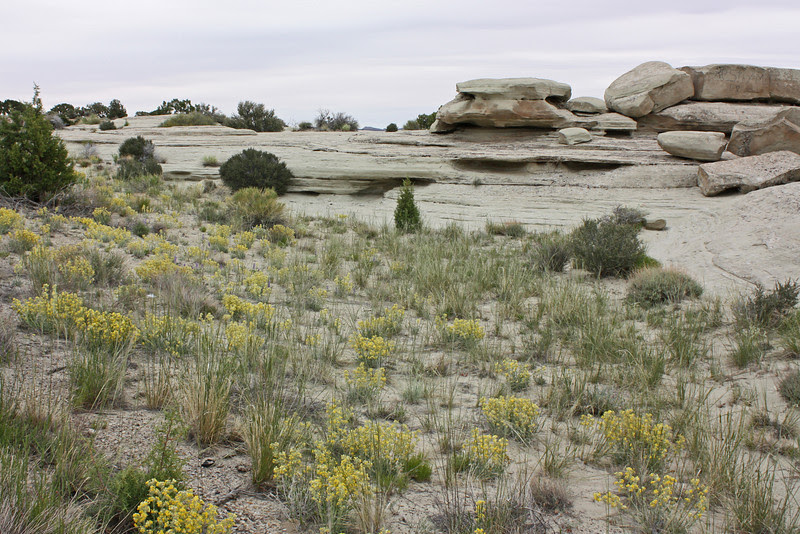 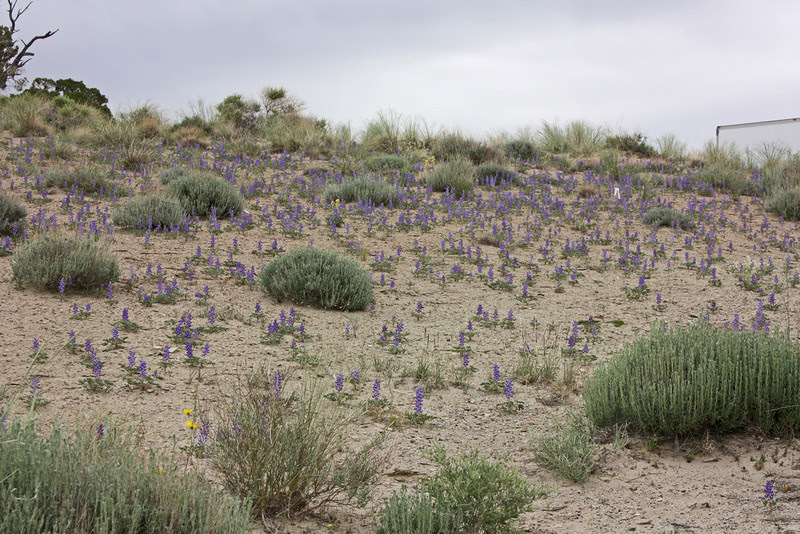 It was a long drive from Fallon to Fillmore, Utah - 448 miles.  Why Fillmore?  Take a look at the map of Highway 50 through Utah - we didn't have a lot of alternatives.  Fillmore had the most motels to choose from, and one of them actually had pretty good ratings. Given what the bed was like, I shudder to think about the others.

You can tell when you get into settled country in Utah, the sagebrush and creosote give way to irrigated fields, and you see buildings.  The water comes out of the Gunnison Bend Reservoir.  The first Utah town you come to on 50 is Hinckley, and we just rolled on through, it was closed, what there was of it.  By this time, though, it was around 6 in the evening and we were getting hungry, so we pushed on to Delta, which had something resembling a main street.  (It was Highway 50.)  A cruise up and down produced a choice of a soda fountain and the Rancher Cafe, part of the Rancher Motel-Cafe; everything else was closed.  Well, it was Memorial Day.  We took a chance on the Rancher Cafe and lucked out - the place is the local Chat 'n' Chew, I think we were the only tourists in there.  I had what I considered a good bowl of homemade chili (beans and meat, and not too spicy), and we chatted with the owner.  My husband didn't like his dinner as well as I did, sadly.  After dinner we drove on to Fillmore in the gathering dusk, past the mechanical irrigators spraying the crops.

The next morning we drove through Fillmore looking for breakfast.  The fast food joint next to the motel (Larry's Drive-in) did not appeal, but we found a family-style restaurant by the other freeway entrance.  Driving through Fillmore was odd - there were very few business establishments on the main drag, and a lot of beautifully kept houses, on huge lots.  And nobody on the road or out in the yards, at 8 AM, the place was empty.  I don't know where these people work.  I know where they eat breakfast, though, and so did we.

Breakfast over, we hit the road for Denver.  The drive took from 9 AM until 8:30 PM, but we stopped a couple of times, once to spend almost 45 minutes taking the photos in the gallery, and of course for lunch and dinner (dinner in Vail, very civilized after all the desert pullouts, even indoor plumbing).  If you've never driven through the red rock country in southern Utah, you really can't imagine it - Interstate 70 plunges between nearly vertical red rock cliffs rising (at a guess) 2,000 feet above the highway.  You're climbing steadily, but it looks like you're going down into a canyon.  It's overwhelming.  Sorry, I didn't get any photos of that stretch - the angle was impossible.  But this is a must-see for people who like road trips.

The Rockies, of course, were green and beautiful but we just wanted to get on to Denver so we didn't stop for photos.  More about Denver in the next installment.
Posted by hedera at 9:35 PM