Here I am in Carmel, attending the first day of the Carmel Bach Festival.  The rest of the festival has an amazing standard to live up to.  My first concert was the St. John Passion by J. S. Bach.  They semi-staged it:  everyone in street clothes incuding the instrumentalists, soloists walking on and off stage at random, Jesus wearing a brown t-shirt and running shoes.  The choir was fabulous - strong, tight, together, even on those impossible sixteenth-note runs.  (The small orchestra was also excellent, but as a singer I always pay attention to the chorus.)  It took me awhile to realize there was a second choir (the youth chorus) behind me and overhead, in the choir loft!  The Sunset Center has wonderful acoustics.

The soloists were outstanding - all of them sang from memory, even Rufus Muller as the Evangelist, who sings practically the entire time (fabulous tenor voice and impeccable German diction).  The conductor wore jeans and a work shirt and conducted with his entire body, not using a baton.  The entire performance was electric - passionate and taut.  By the time the Crucifixion came along the audience was right there in it.

Rather than invent more adjectives I'll just say it was one of the few concerts I've attended where the standing ovation was unanimous, began within 15 seconds of the end of the concert, and lasted for 3 curtain calls.  They'll have trouble living up to that standard.
Posted by hedera at 6:15 PM No comments:

We visit the VanDusen Gardens every time we go to Vancouver, and this trip was no exception.  My husband thinks that VanDusen is one of the finest gardens in North America.  I just think it's full of things I want to photograph because they're gorgeous; in general, Jim will tell me what they are.  I'm not a gardener; I'm the audience.  Here's the link to the photo gallery I've devoted to this visit: 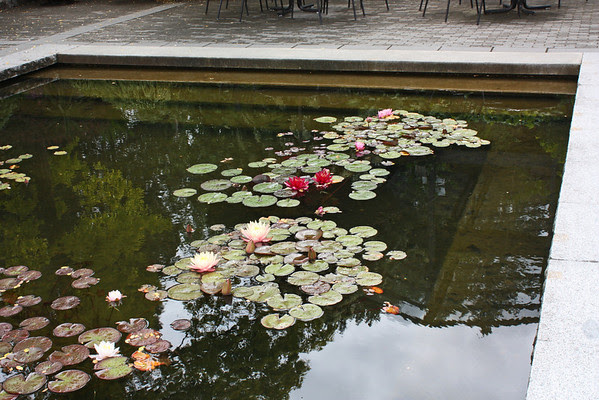 I learned a little history about the garden on this trip - back in the day when the Canadian Pacific Railway owned Vancouver in fee simple, this 55 acre tract of land was leased by the Shaughnessy Golf Course.  The golf course moved to a new location in 1960 and the battle began:  the railway wanted to put in a subdivision, the neighbors objected, and in 1966 the usual band of dedicated volunteers and fundraisers formed the VanDusen Botanical Garden Association and set out to save the site.  The garden opened formally in 1975, which means that when I first saw it, on our honeymoon in 1986, it had only been open for about 11 years, and some of the newer shrubs weren't very well grown.  Let me assure you:  twenty-five years later the shrubs have filled out!
Posted by hedera at 9:43 PM No comments: He was sitting on the shoulder of an older man, who got out of his car just as I walked past him.  I asked if I could take a photo of him and the bird, and he suggested that someone should take a photo of me and the bird, as the bird "likes women."  I held out my arm, and the bird walked onto it; and the man suggested that the bird "really prefers a shoulder perch."  So here he is, on my shoulder.  He was very well behaved, and said something unintelligible which his owner said was his name.  The owner tried to get him to raise that elegant yellow crest, but we never got a photo of that.
Posted by hedera at 8:27 PM 2 comments:

We took a driving vacation this year, driving north to Vancouver and environs.  We like Vancouver; we went there for our honeymoon, and we've been back several times since.  I've posted the photos from the trip up, click on the photo to go to the gallery: 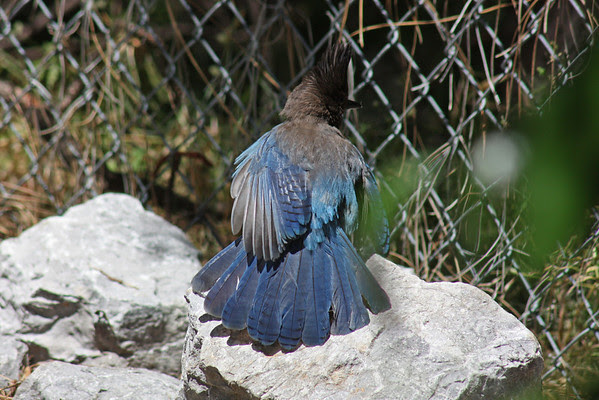 The elegant fellow above is a Steller's jay whom I caught preening at the northbound rest stop on Lake Shasta, where we usually stop for lunch on these northbound trips.  This stop was enlivened by a turf war between the Steller's and scrub jays, all of whom thought that particular tree was theirs.  There are more jay shots in the gallery.

The amazing thing about this stop was Lake Shasta - it was full!  Every other time we've been there, it had a "bathtub ring" of bare red dirt, sometimes yards wide.  This time the water is right up to the trees. 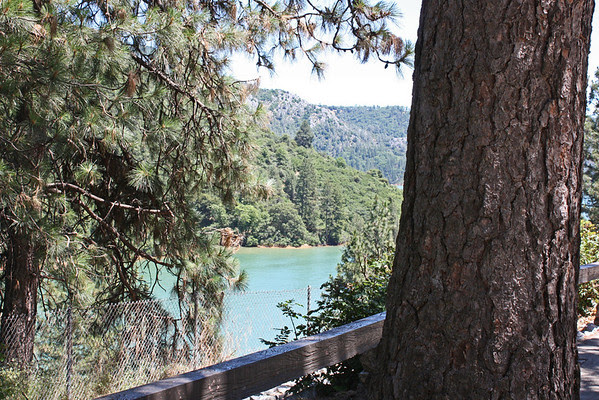 We spent our first night in Grant's Pass, Oregon, where Jim discovered the Oregon Cavemen on his morning walk.  In the photo gallery there's a photo of the sign explaining the cavemen, and a picture of the statue outside the Chamber of Commerce.  Just go look at it.  That's all I can say.  This is pure local history, and the linked article has no photos.

We stopped for a day in Washington to visit my friends Tammy and Dan Domike, whom I originally met online through Adam Felber's Fanatical Apathy blog (now closed, alas); they live in Hoquiam, in the Gray's Harbor area.  We drove through Gray's Harbor and Hoquiam on the way to Lake Quinault a few years ago but didn't stop.  Because Tammy and Dan know the owner, we got a private tour of the 7th Street Theatre in Hoquiam, a lovely theatre, beautifully restored, the first in the Northwest to show "talkies."  Take a look at their web site, it's a fascinating place.  I got 3 shots of the interior, which are in the gallery.

We spent the rest of the day poking around the harbor at Westport, WA, a few miles away.  This isn't the port it was when lumber was king, but it's still a working fishing port in a beautiful setting.  We were fortunate in a beautiful day and a clear view of the Olympic Peninsula: 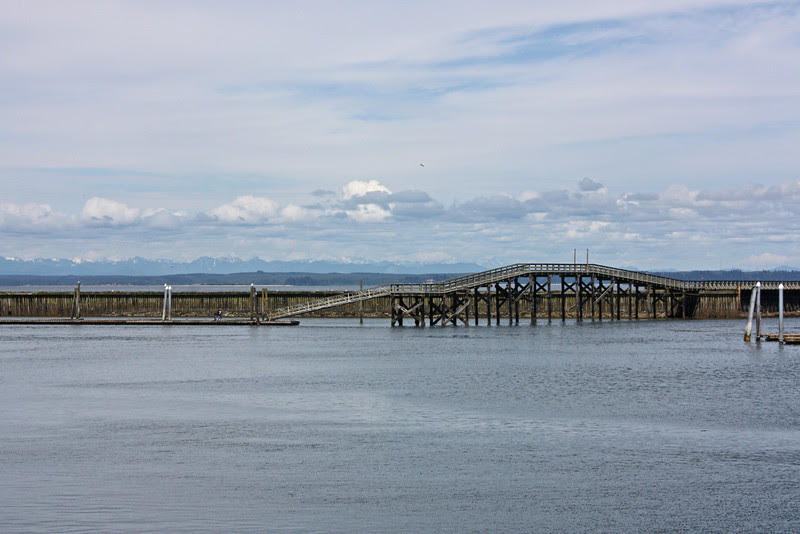 The gallery has more shots of the harbor and the boats, including several shots of gulls, brown pelicans, a cormorant, a harbor seal, and a duck I haven't identified yet; plus a couple of shots of Dan and Tammy!  We stopped at the Westport Museum and got a look at the Fresnel lens from the old lighthouse, moved to the museum when coastal changes made the lighthouse unusable.  If you've never seen a Fresnel lens, they're quite a sight: 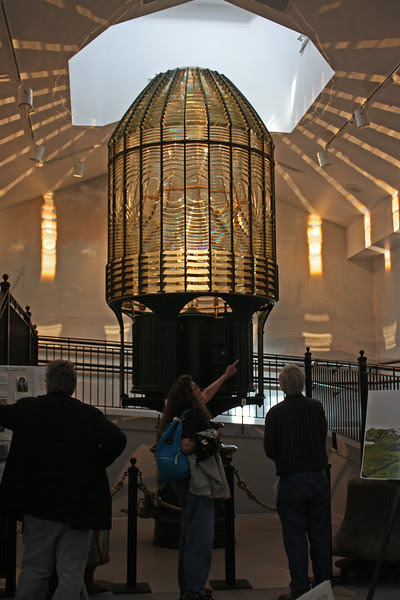