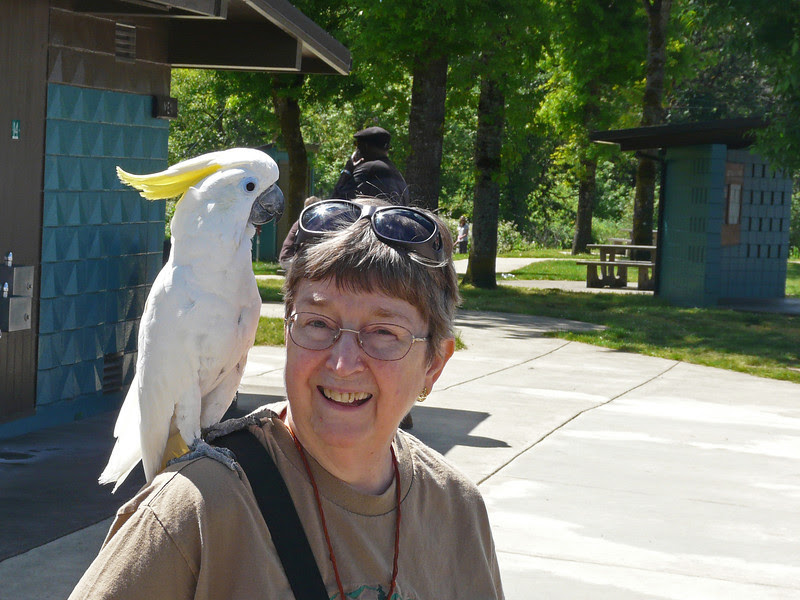 He was sitting on the shoulder of an older man, who got out of his car just as I walked past him.  I asked if I could take a photo of him and the bird, and he suggested that someone should take a photo of me and the bird, as the bird "likes women."  I held out my arm, and the bird walked onto it; and the man suggested that the bird "really prefers a shoulder perch."  So here he is, on my shoulder.  He was very well behaved, and said something unintelligible which his owner said was his name.  The owner tried to get him to raise that elegant yellow crest, but we never got a photo of that.
Posted by hedera at 8:27 PM