I seem to have stopped posting about this trip after describing our stay in Denver, probably discouraged by the deteriorating state of my knee.  Let's catch up - I have a lot more photos to share.  For one thing, we spent a day at the Denver Zoo, so if you like zoo photos, you may enjoy this gallery (click on the photo to go to the gallery): 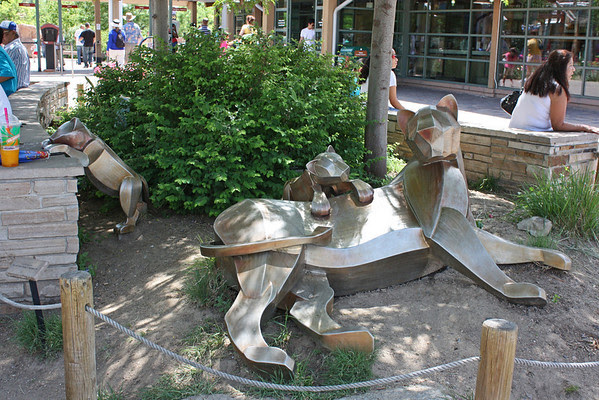 I think this guy is my favorite shot from that trip, or, let's hear it for telephoto lenses: 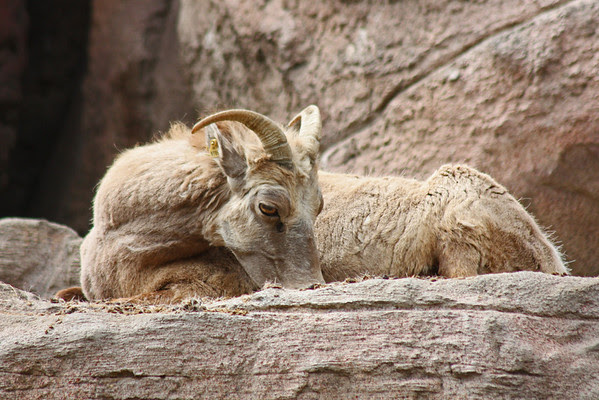 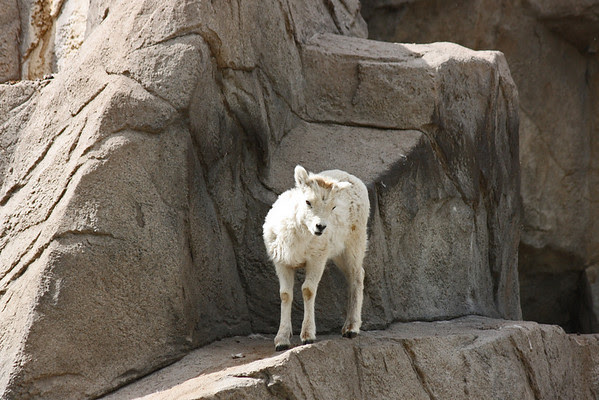 After leaving Denver we made the long and arduous drive to - Manitou Springs, just outside Colorado Springs, where we stayed for a day or so.  We toured the Cave of the Winds  (links lead to photo galleries) and the Garden of the Gods, but the real reason for coming to Colorado Springs was the Pike's Peak Cog Railway, which we rode.  Given my asthma, the top of Pike's Peak, at 14,115 feet (4,302 m), is probably the highest ground I will ever stand on.  Click on the photo for the full gallery, it was a beautiful clear day and I got some gorgeous shots. 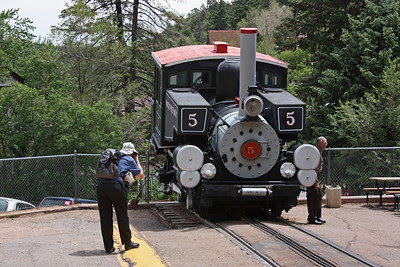 After the Pike's Peak expedition we set out for the Grand Canyon, by way of Monument Valley - I'll get those photos up later.  First, we went through the San Juan Mountains over U.S. 550, sometimes known as the "Million Dollar Highway."  With apologies to Ouray and Silverton, Colorado, this is the road from nowhere to nowhere - except that it goes through a mountain range that once had a whole lot of silver in it.  We weren't actually going to go that way, but in The Tattered Cover bookstore, in Denver, Jim picked up a copy of The Road That Silver Built, by David P. Smith, and decided to drive it.  Gorgeous country, though: 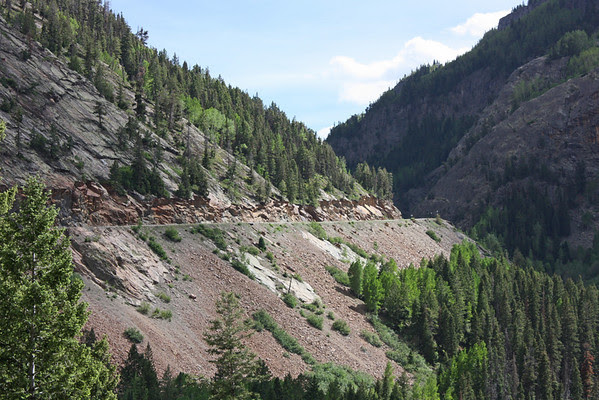 Click on the photo to see the rest of the gallery.  As you can see, the road has no frivolous extras like, say, guard rails.  At the bottom of the slope to the right is the Uncompaghre River.  The speed limit on this elegant route is 25 MPH!
Even at that speed we were going too fast to get a photo of the mine entrance that opened right on the road, at the beginning of an outside curve - an evenly chiseled hole cut in the rock, going back into the mountain, almost large enough to stand in, about 3 feet wide, with an arched roof!  The arched roof was what startled me - it was so obviously man-made.  I almost thought I saw someone standing in it.
Posted by hedera at 8:11 PM