A Day in Kitsilano

Kitsilano, for those who've never been to Vancouver, is a neighborhood; it's across the inlet from the downtown and has several beachfront parks, plus a couple of museums.  It rained this day, so we toured museums; by the time we were museumed out, the weather had cleared and we spent some time in the park.

We began in the Maritime Museum. 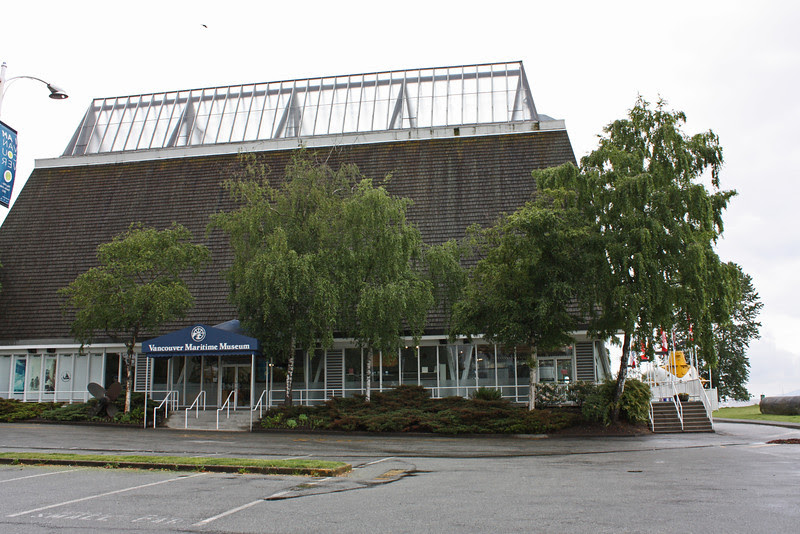 It doesn't look like much from outside; but when you go in you find that it was built around the St. Roch (pronounced "saint rock"), which is in drydock.  The St. Roch is the first ship to traverse the Northwest Passage from west to east (it took 3 years) and the first to complete the Northwest Passage in one season.  You can read the web site for the several other firsts, but what charmed me is that the St. Roch was not crewed or captained by naval men.  It was owned and run by the Mounties - in effect, the police, who learned seamanship on the job, so to speak.  It was originally built for the RCMP to patrol the Arctic, and was pressed into service to sail the Northwest Passage to Halifax during World War II.  If I remember the story correctly, Captain Henry Larson took an Inuit family aboard to help him navigate the passage, which meant that something like 7 people and 17 sled dogs lived in a tent on the deck.  I have a photo of the tent in the gallery.  Given that the ship was only 104 feet long with a 25 foot beam, it must have been amazing.  They have a statue of Captain Larsen on the deck. 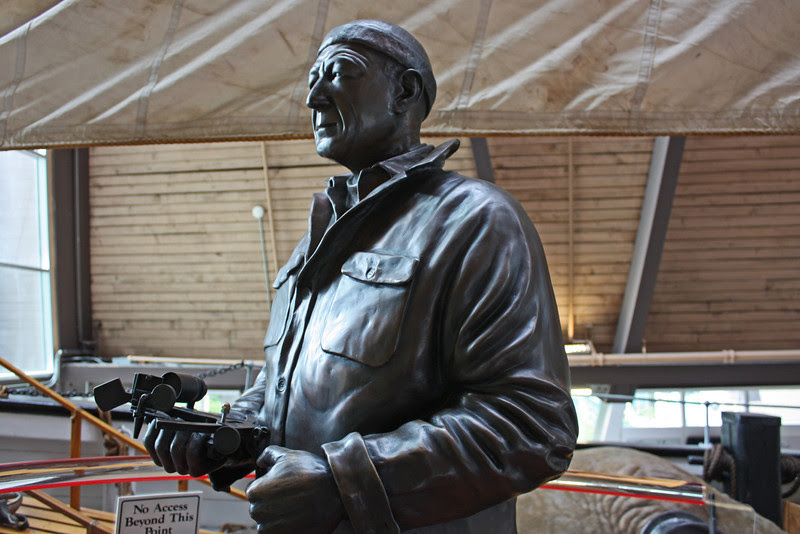 It was our day for interesting boats.  As we came out of the Maritime Museum, I saw what looked exactly like a Viking longship floating on English Bay!  I wasn't fast enough to get a photo with the (square red and white striped) sail up, but I got several shots of the crew maneuvering the boat into the marina near the ferry ramp, under oar power.  Here's one: 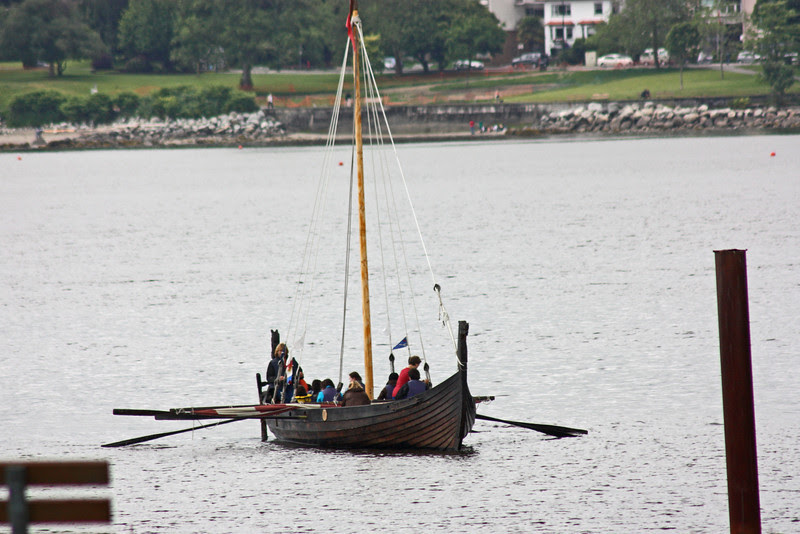 In some of the other photos, the dragon head on the prow shows.  Kitsilano is an interesting place.

We explored the Space Center and Science Museum, and the Vancouver Museum, but they were less interesting than the St. Roch.  However, in the pool around the fountain, I found a family of ducks swimming around the legs of the crab statue in the fountain (photos of the crab in the gallery): 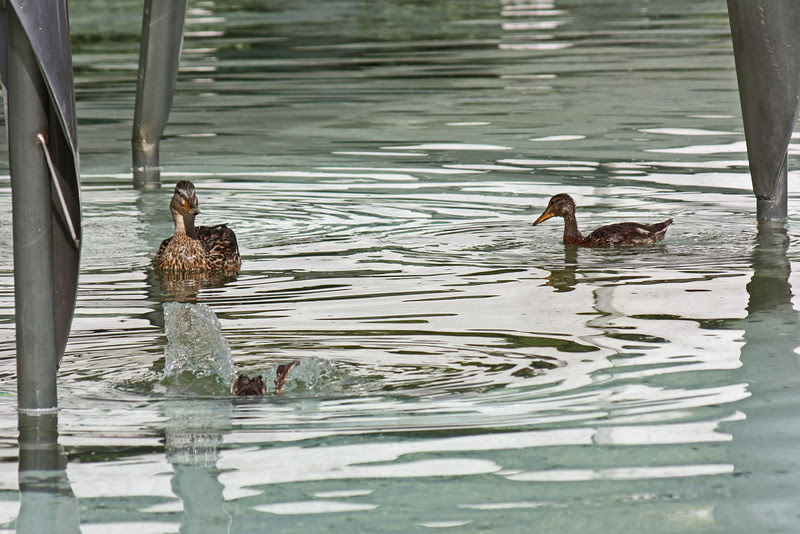 By the time the museum closed, the weather had cleared, and we spent the rest of the afternoon on the beach in Vanier Park, taking pictures of birds, boats, and a couple that was trying to take off parasailing from ground level.  I didn't see them make it; it wasn't that windy!  If you'd like to look at the rest of the photos here's the link to the gallery: 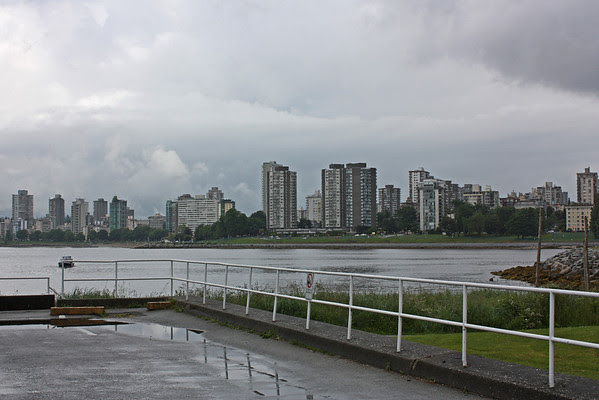