Our next vacation stop after Vancouver was Powell River, about a day's drive up the B.C. coast from Vancouver.  I have an old friend who lives in Powell River.  When we entered Canada, the border guard asked us, where are you going, and we said, Vancouver, Powell River, and Whistler.  "Powell River!" he exclaimed.  "Why would you go there?"

Getting to Powell River entails a drive up the Sunshine Coast, so called by the local chamber of commerce.  I don't believe we saw the sun once while in the area, and much of the time, it was raining.  And driving the Sunshine Coast isn't especially scenic, because the roads are lined with tall trees, the whole way.  If you leave the main road and drive down to the coast (about half a mile), the views of the Georgia Strait are spectacular; but as a fellow guest in our Vancouver B&B complained, "We drove the Sunshine Coast and all we saw was green!"  That's what we saw.  You start out at the huge ferry terminal in Horseshoe Bay, and take the first ferry for Langley: 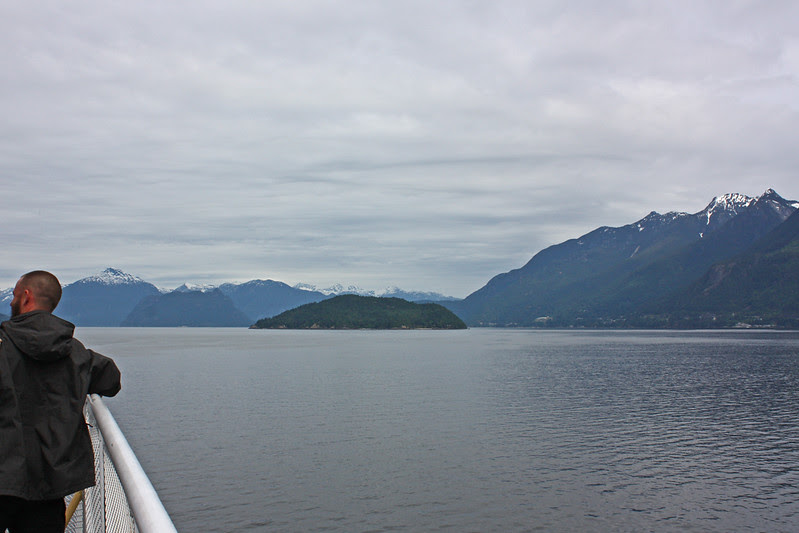 In about 45 minutes, you drive off the ferry and onto the Sunshine Coast Highway.  We stopped at a local park (Cliff Gilker Park, in Roberts Creek) to eat our packed lunch (in a light drizzle) and take a short hike, where we saw a waterfall: 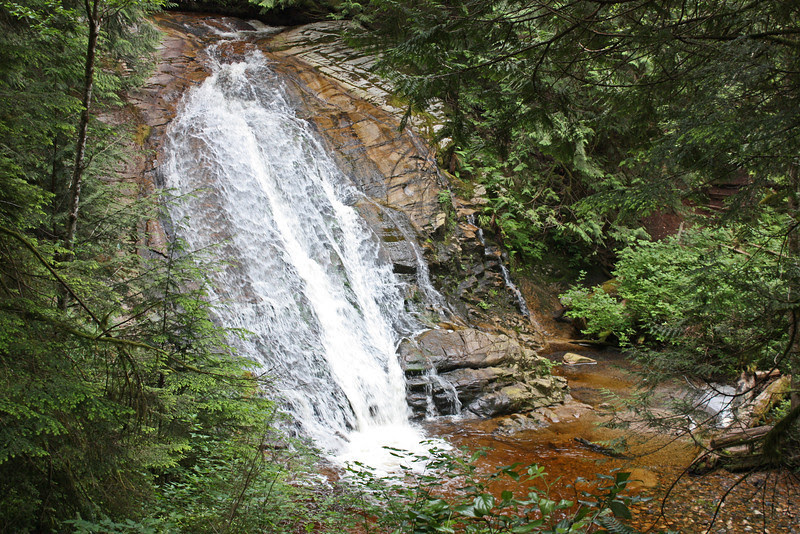 The park was off the road, up a semi-paved track.  The only signs of civilization were a fenced sports field, a single house, and a public rest room.  I was touched to find, when I used the rest room, that someone (presumably the lady of the house) had put a vase of fresh wildflowers in it.  The rest of the trip was uneventful, and green.  The only place the road gets near the sea is in Sechelt.  We didn't stop.

The actual drive only took us a couple of hours, including a side trip to Egmont, where we hoped to see the Skookumchuk Narrows, a tidal rapids.  Since that involved hiking down a trail of unknown length (NO CARS, the sign said), we turned around and continued on to the Earl's Cove ferry terminal, where we waited.  Most of this trip is spent waiting for ferries to arrive.  Here is Earl's Cove: 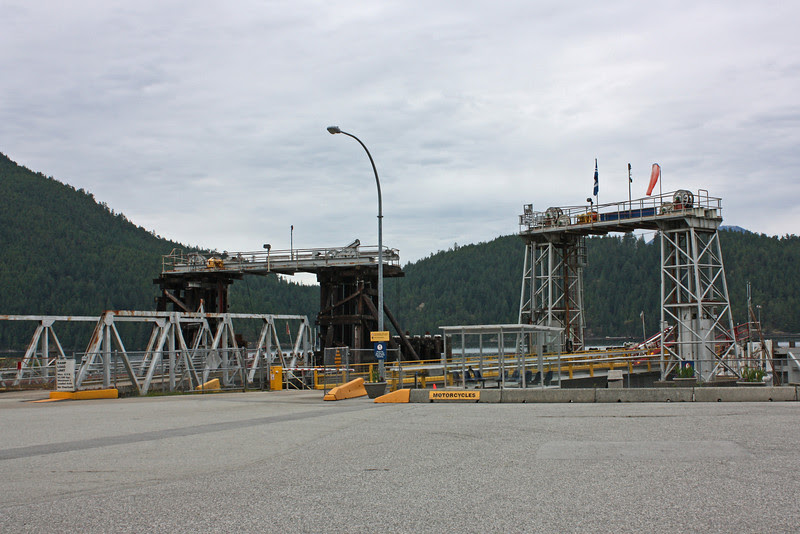 ,
I post the photo because I was astounded.  I took this trip in 1981, alone (on a bus), and at that time the Earl's Cove ferry terminal was a wooden dock by a grassy slope.  The road came up to the dock and stopped.  There were no buildings and no other signs of civilization.  Now it's not only paved and furnished with steel frames, it has restrooms and a small restaurant.  I know why they built it up, but it was prettier in 1981.  Eventually the ferry came, and in another 45 minutes or so we docked in Saltery Bay and everybody rolled off the boat and onto the highway.   We stayed in a bed and breakfast about an hour north of Powell River, The SeaDream B&B.  Why so far?  Well, look at the view from the porch in front of our room: 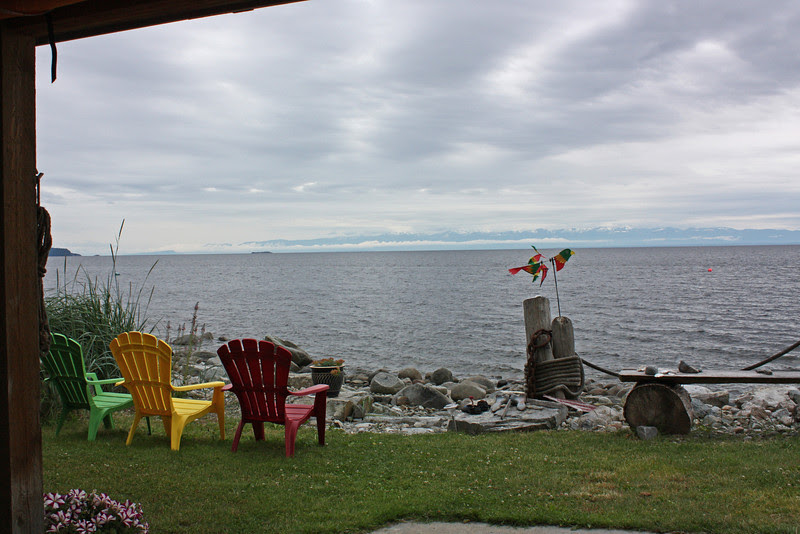 The hosts were very friendly and chatty and very good cooks!  If you'd like to see the rest of the photos from this section of the trip, you'll find them at Up the Sunshine Coast on my SmugMug site.